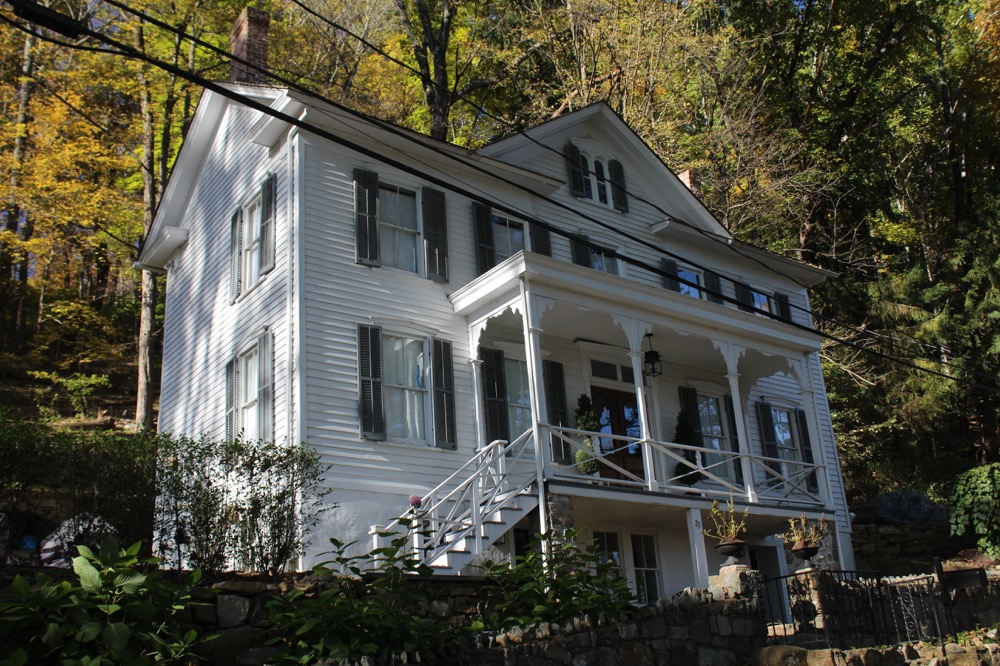 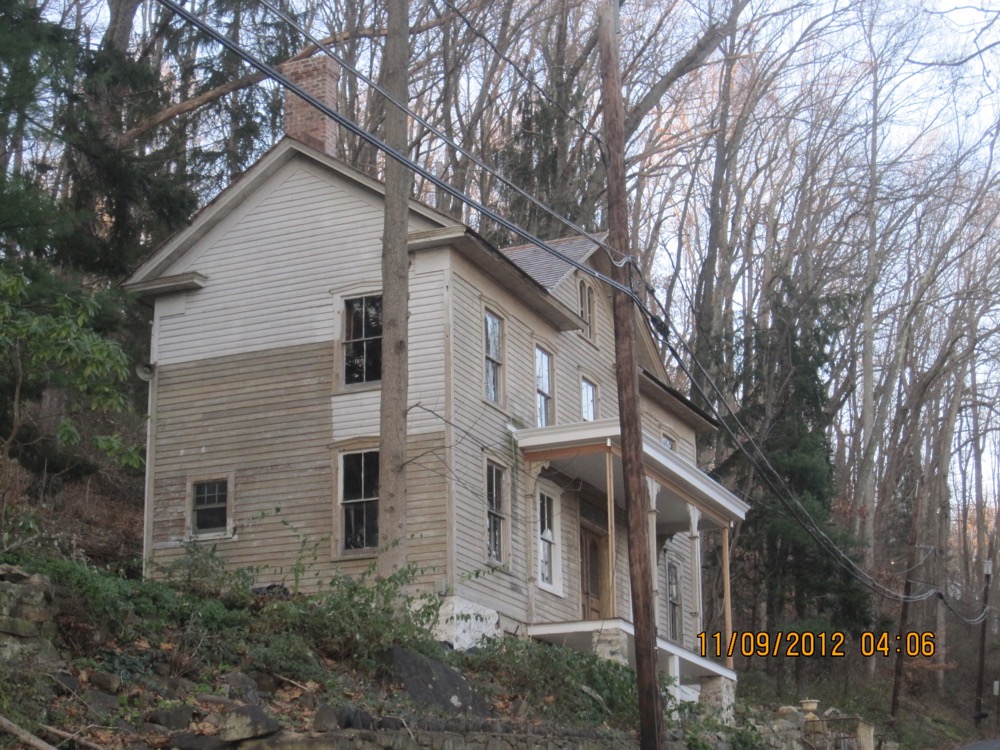 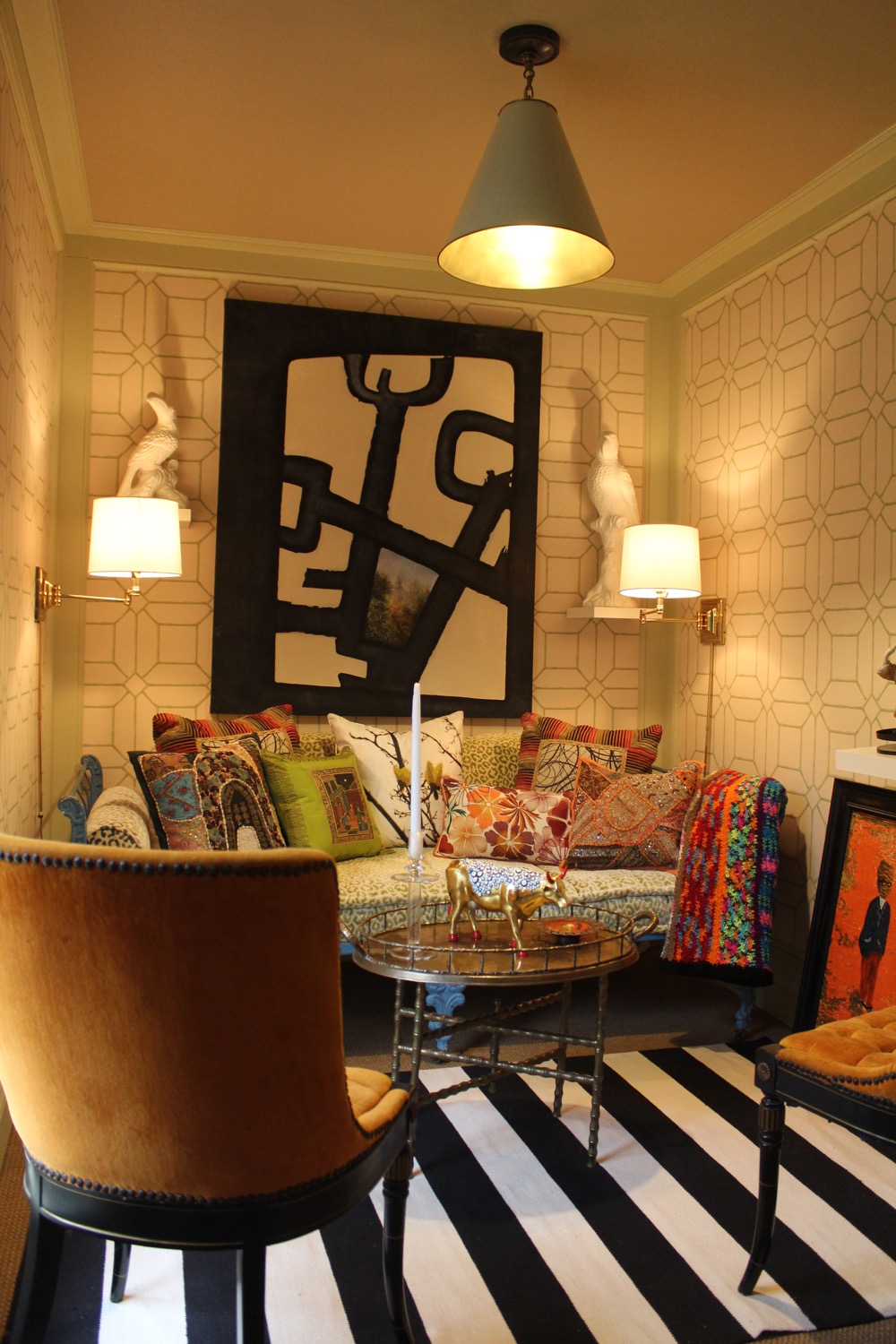 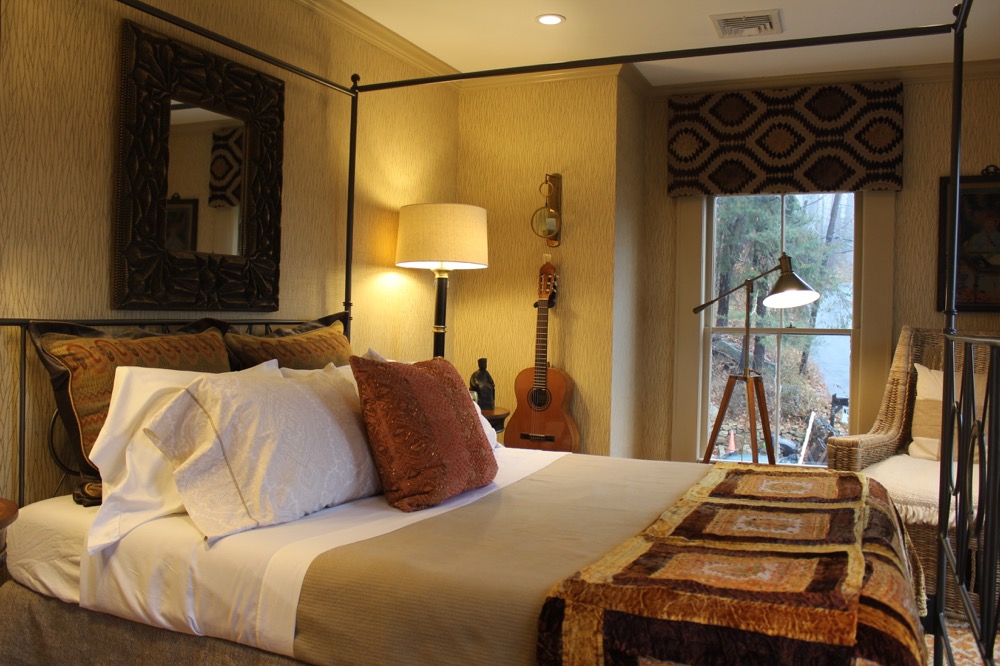 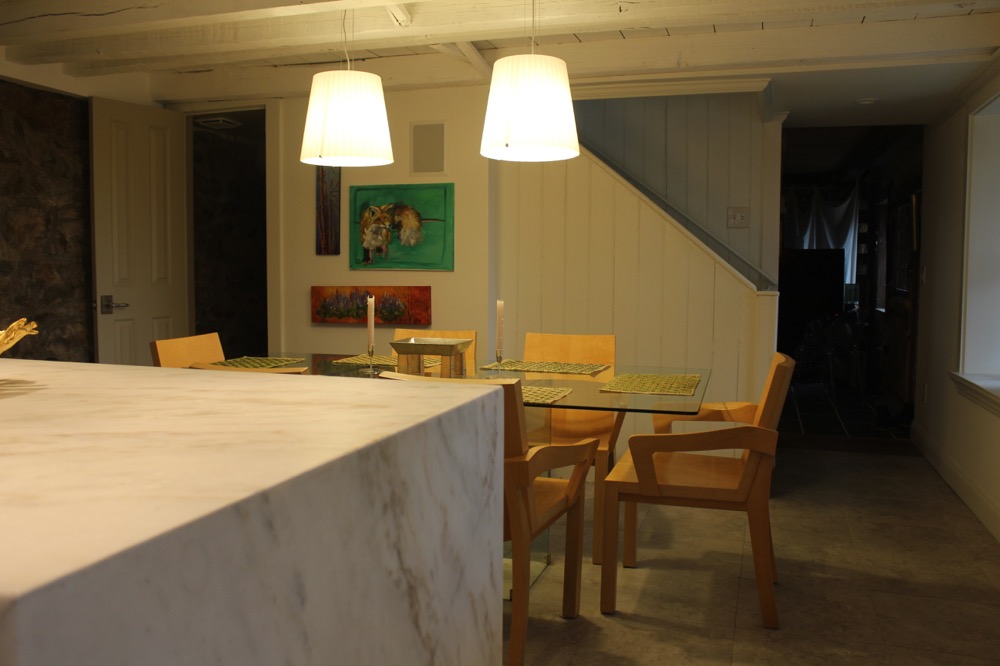 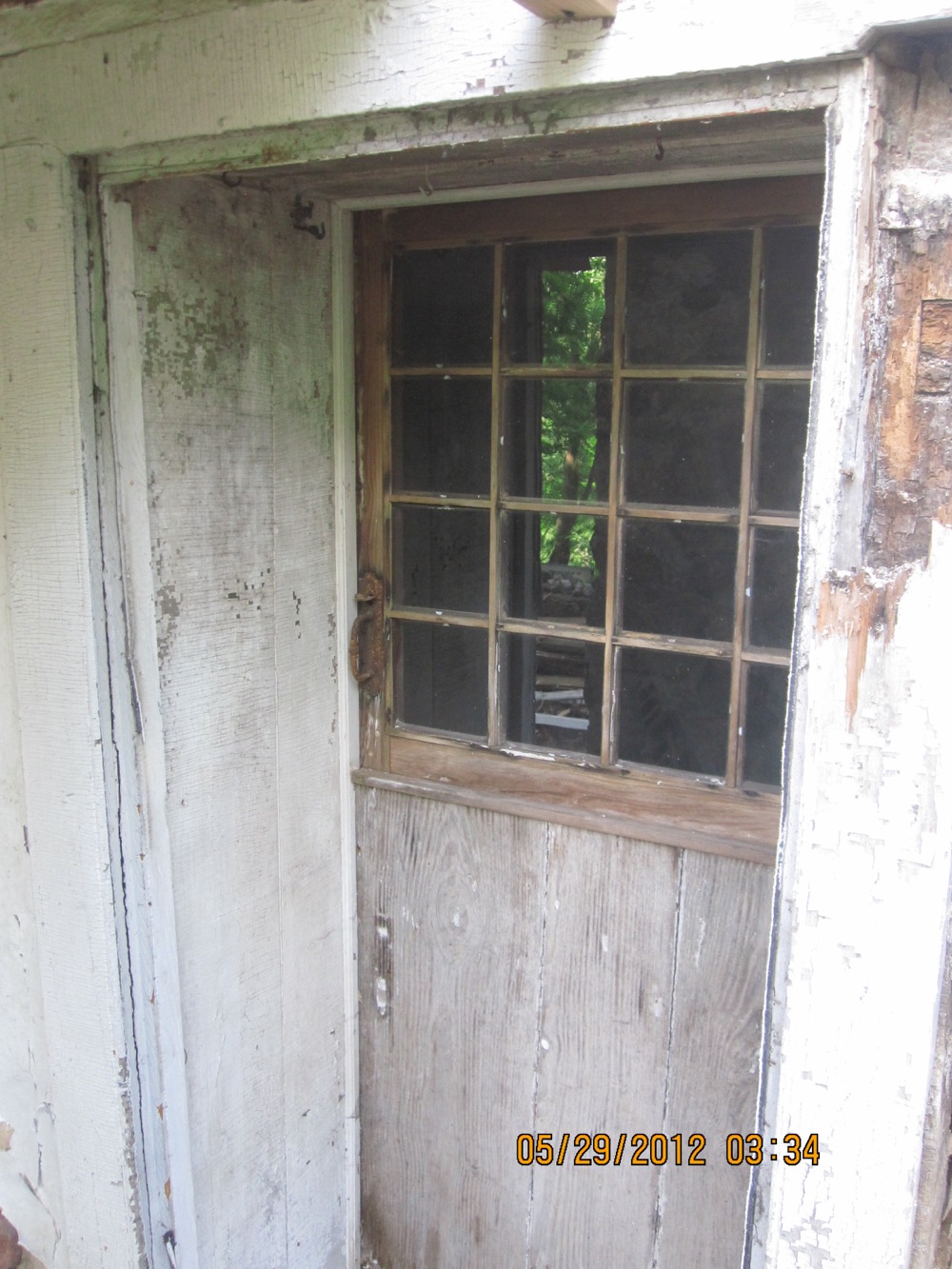 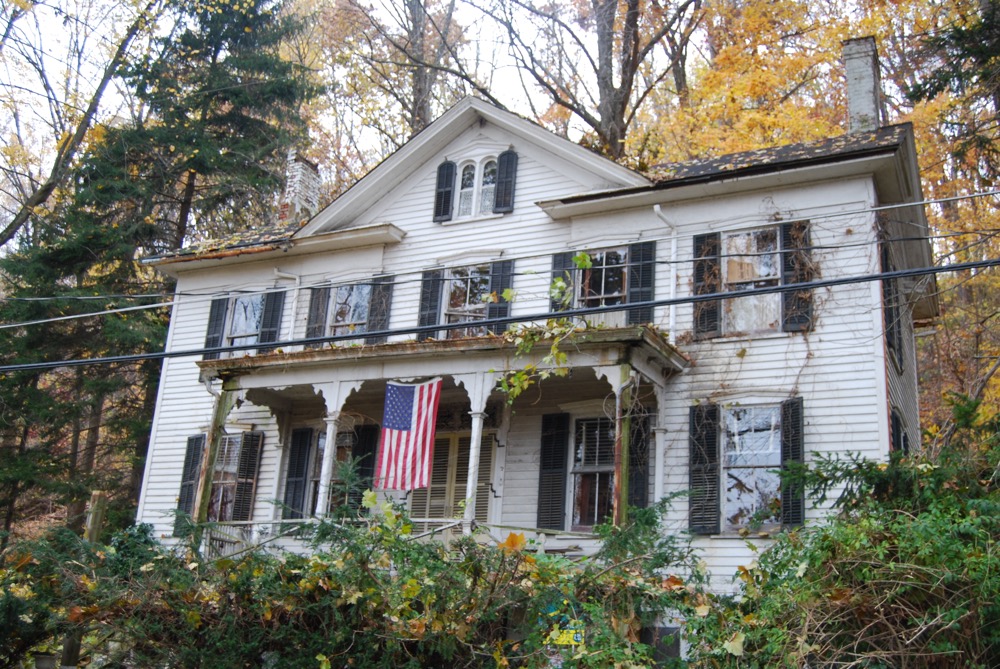 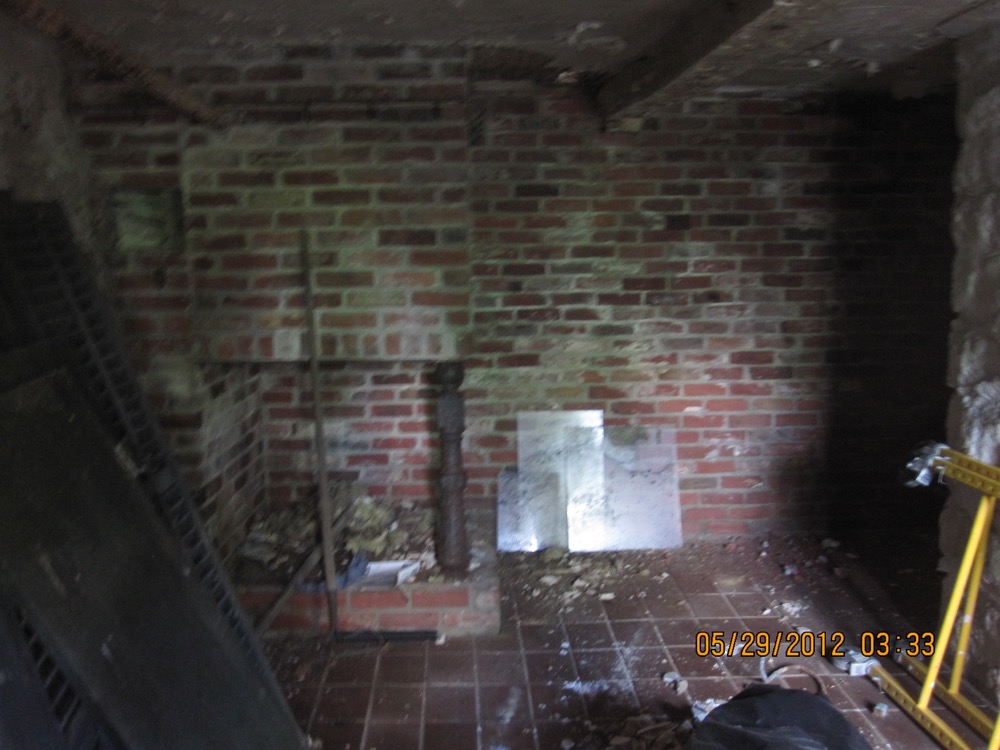 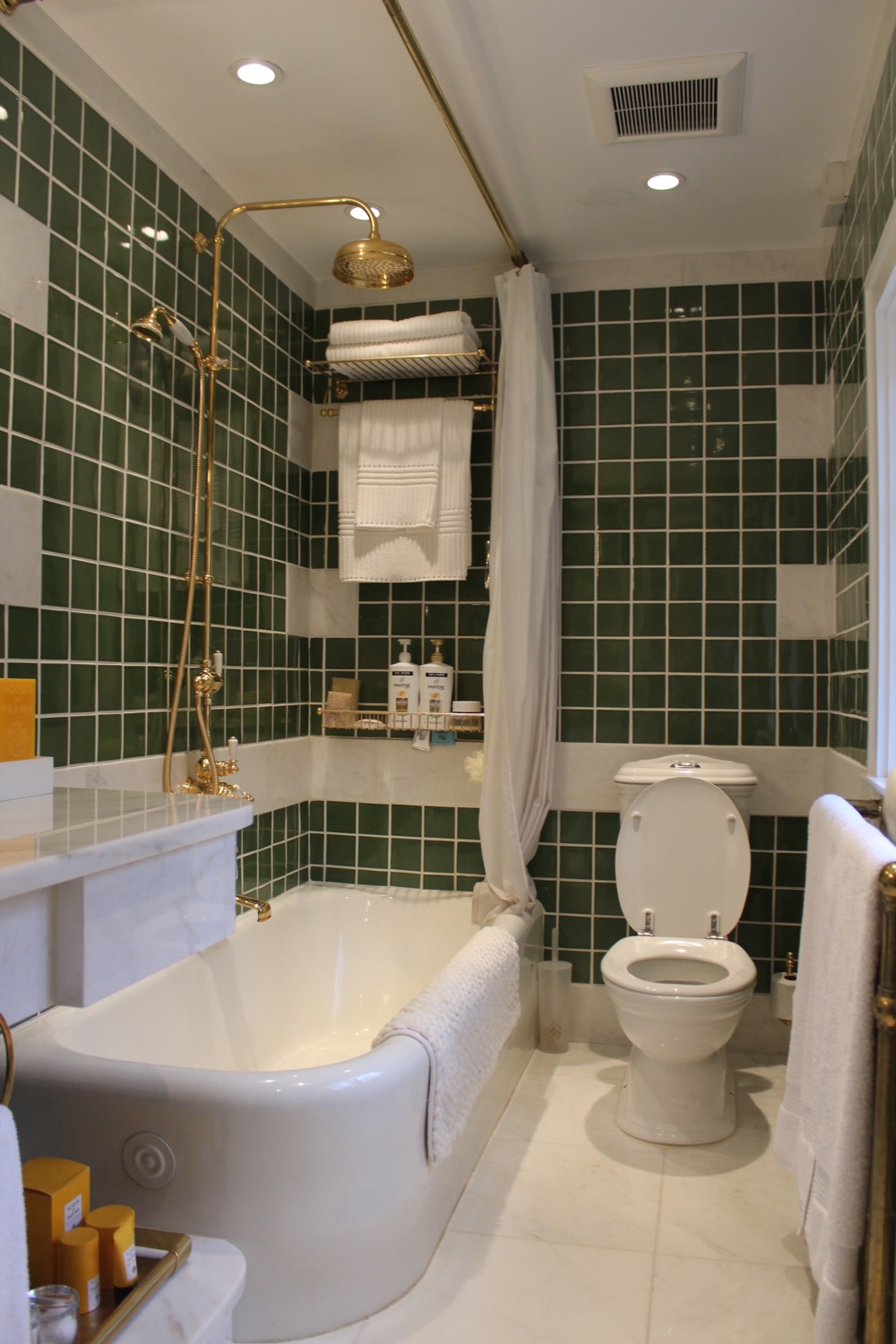 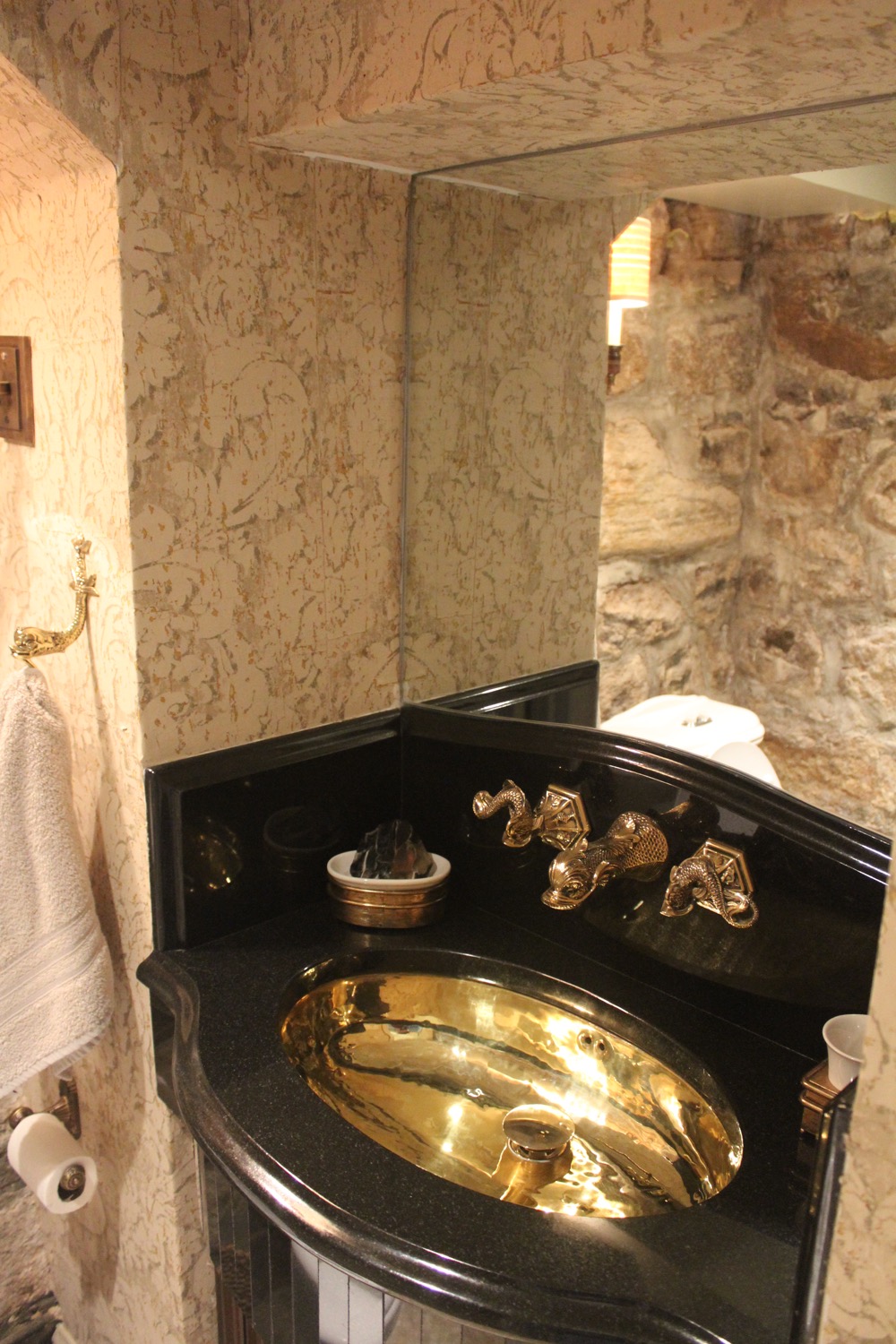 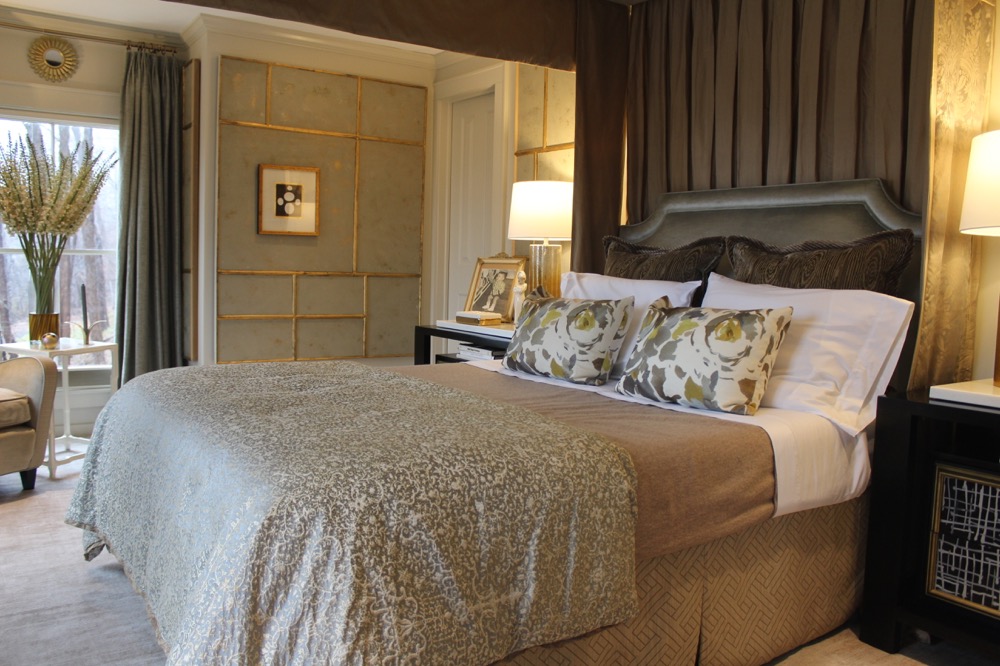 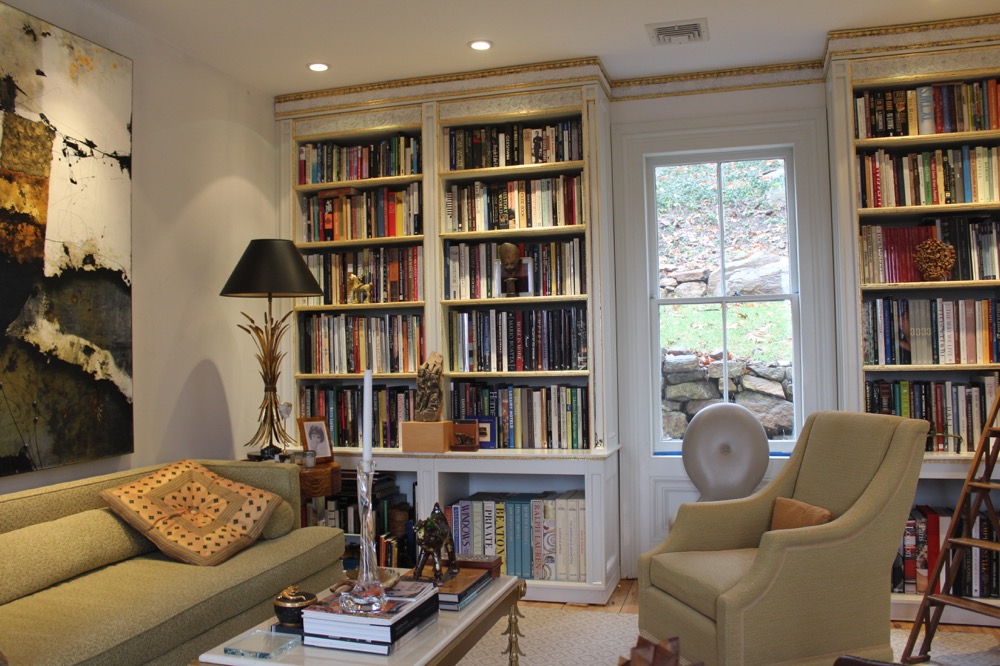 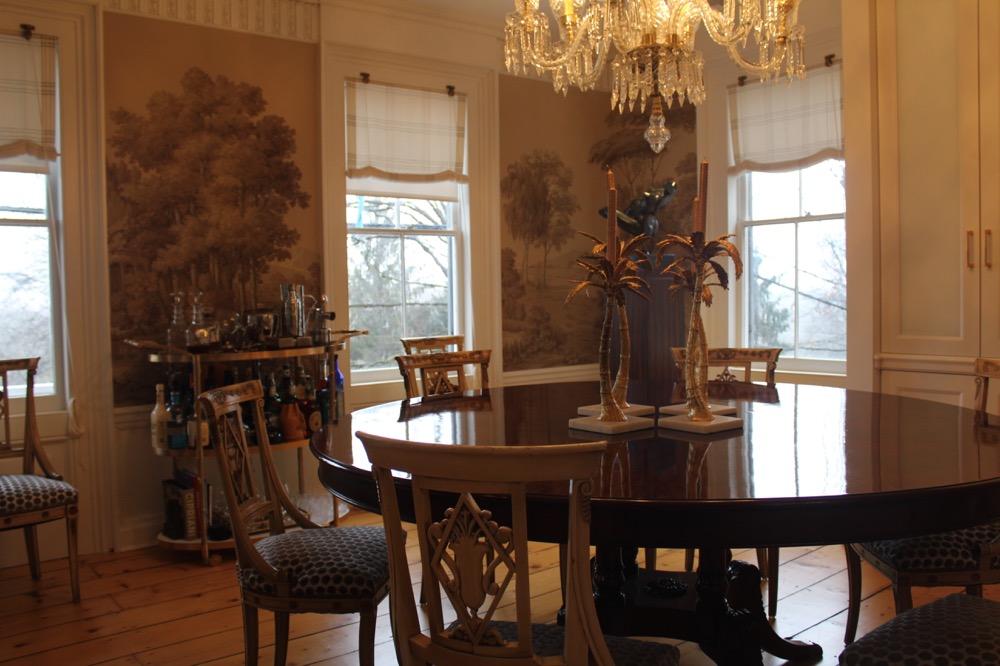 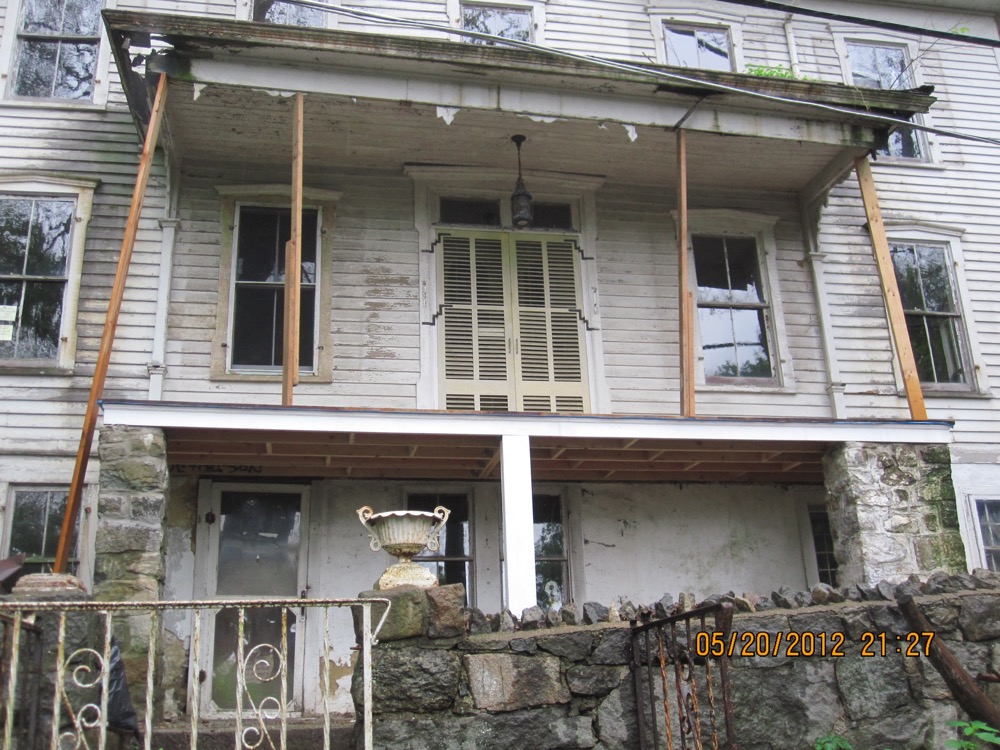 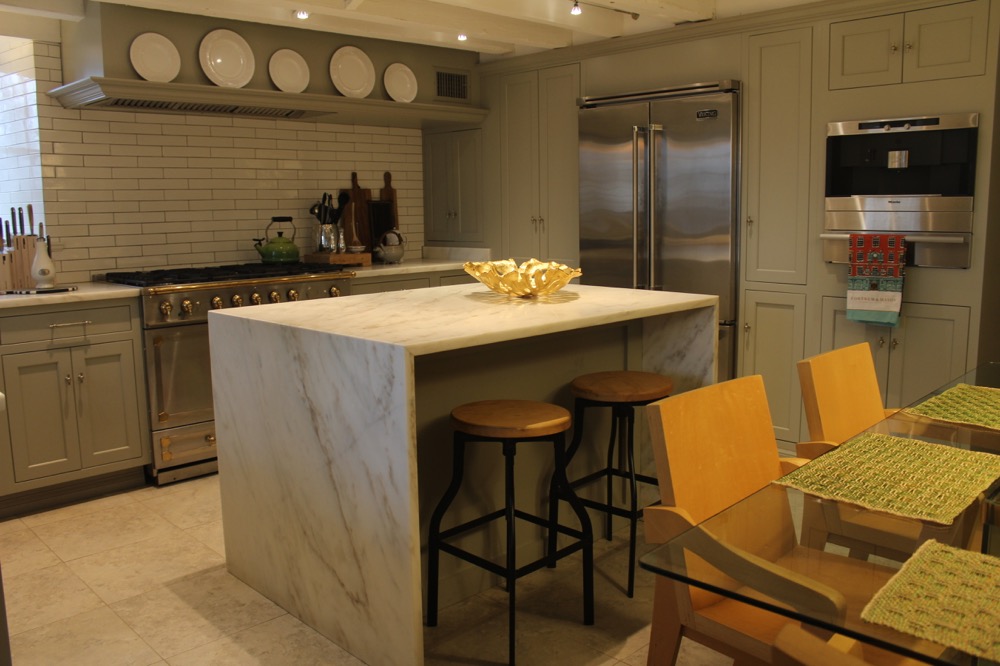 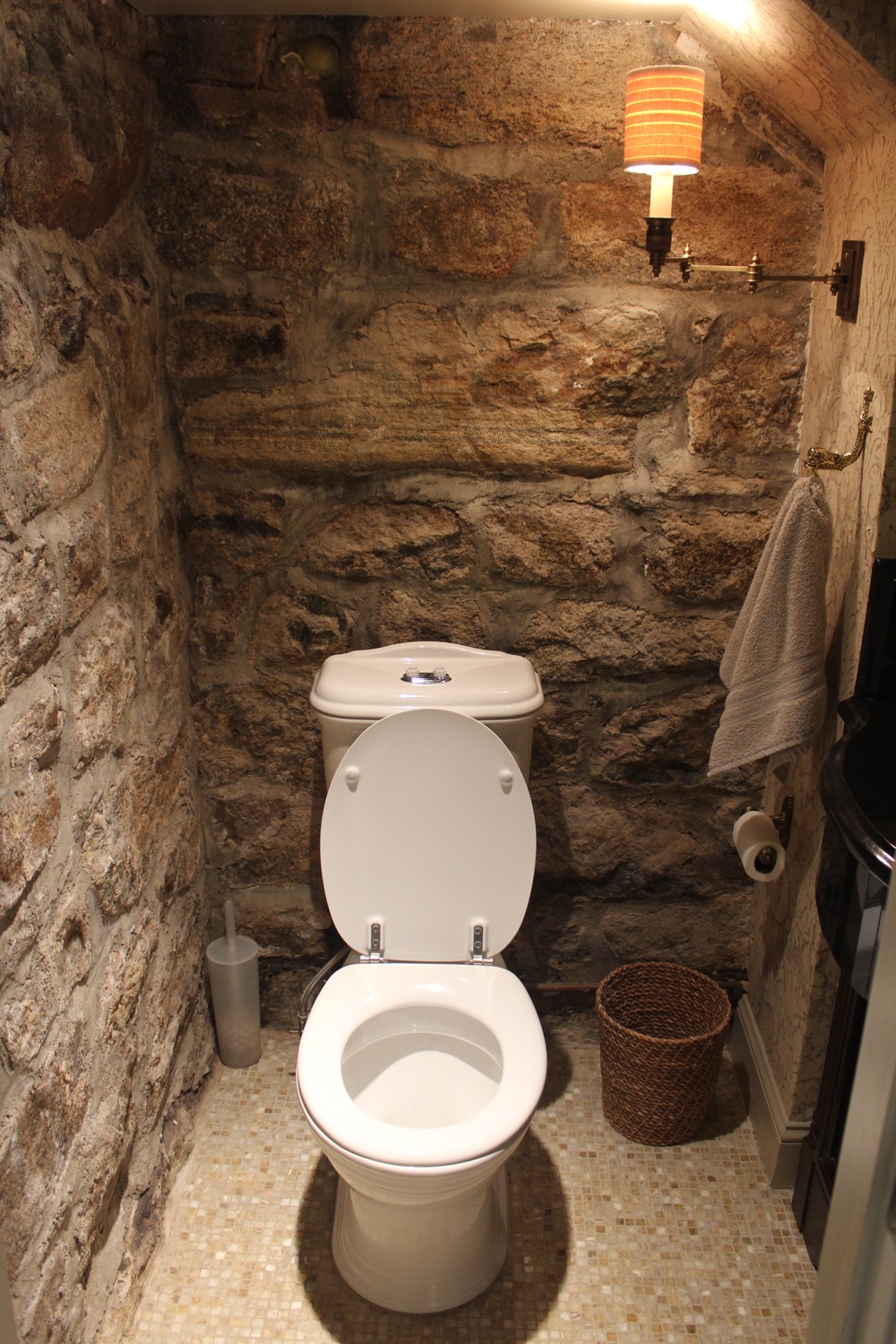 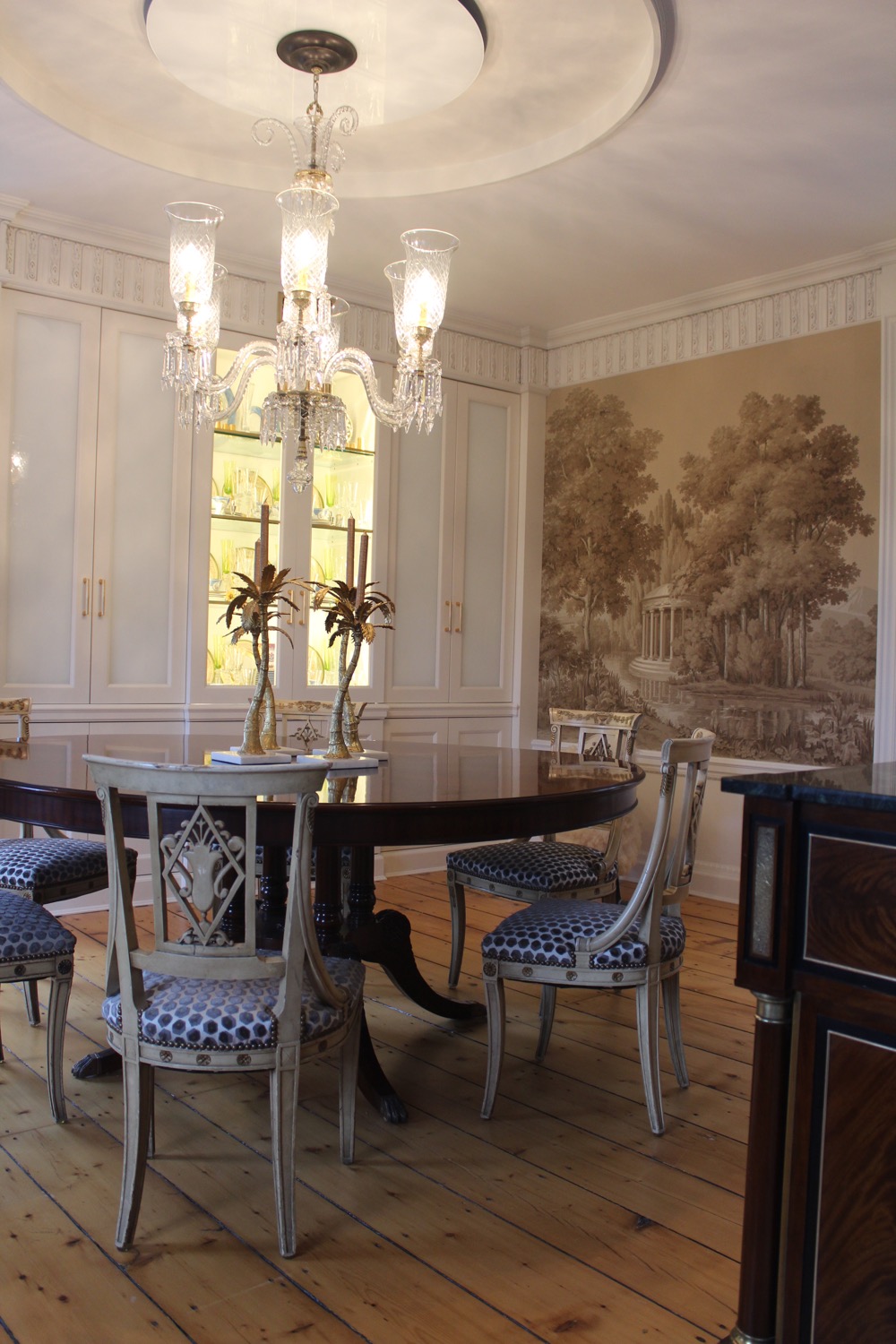 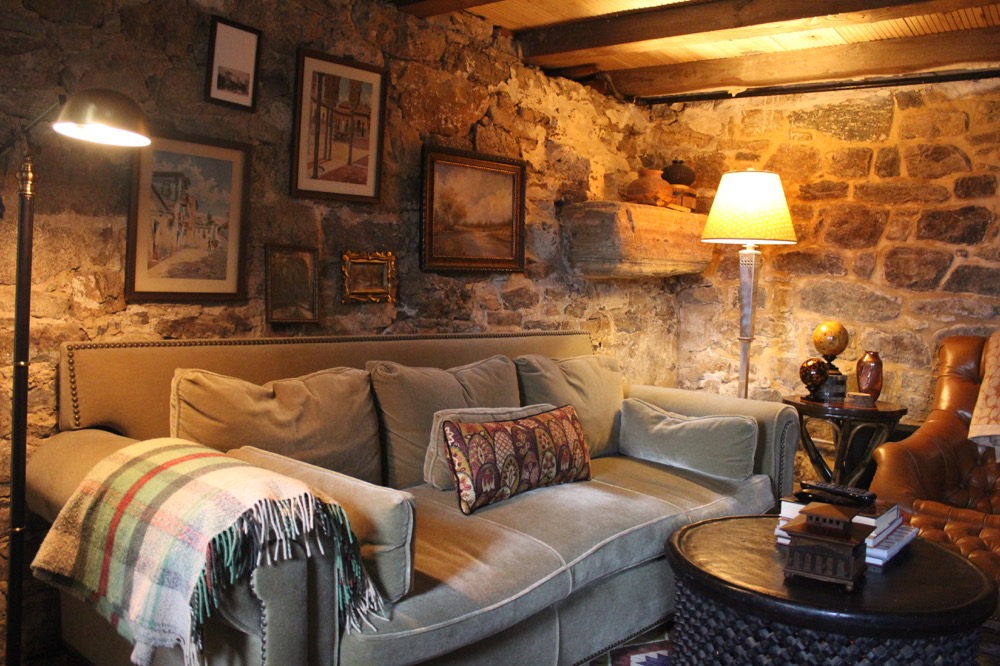 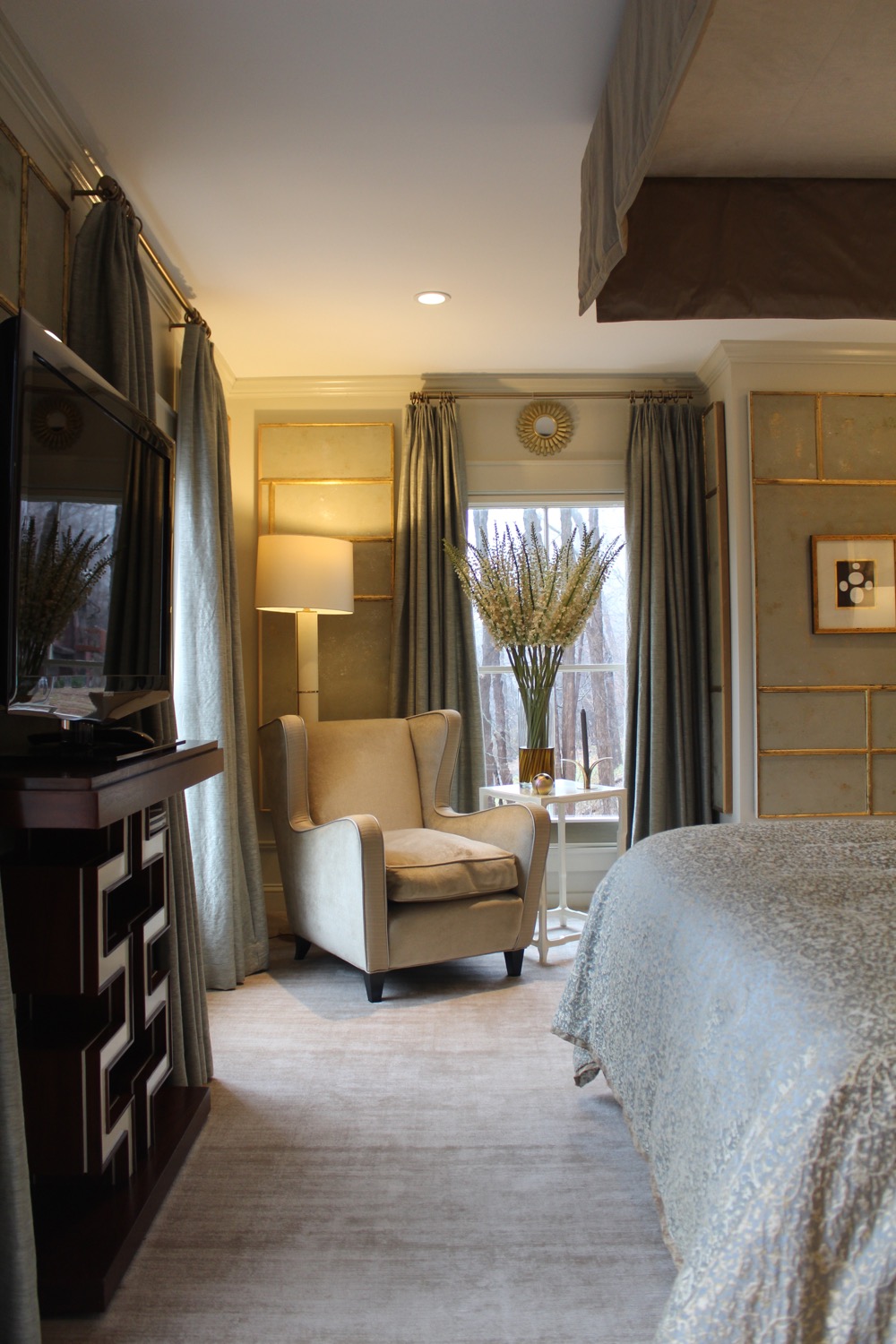 Once part of a larger tract owned by William Trimmer whose brother Lawrence owned a local rock quarry and peach basket factory, this vernacular Italianate house features a five over four façade with center door and rectangular windows with a pediment. The center hall construction with front and back door is a simple, symmetrical floor plan allowing for light and cross ventilation.
By the late 1800s, settlement spread up from the village below as the High Bridge Branch of the Central New Jersey Railroad crossed below the house in 1876. (The railroad bed is now the Columbia Trail.) The owners believe the house was constructed and expanded about 1869. In 1882, after William’s death, son Anthony sold a three acre parcel with the house and carriage house across the road to Milton Swayze, a local farmer from Pleasant Grove, for $600. Between 1898 and 1938, the property had five owners. During the 1910-1930s, as the economy drew the population to the cities, Middle Valley became a recreation destination drawing city dwellers to the Raritan River’s fishing and swimming spots. Cottages sprang up and local homes offered guest lodging. The house at #25 was likely used as a summer or weekend residence.

In 1942, Fred Waltman from Brooklyn purchased the house and converted the carriage house into a workshop and guest house. In 1985, his children divided the property between them, and by 2011 both had fallen into complete disrepair.

The owners of Minion and Gutierrez, a custom architecture and interior design firm rescued it in 2011. Carefully restoring the exterior, rebuilding the front porch and replicating the missing staircase, the new owners removed the few modern intrusions restoring the original floor plan and room usage. Totally renovating the basement kitchen and creating a doorway to the adjoining storage area (thought to be the original structure) they found space for a tiny powder room. Much of the furniture is of their own custom design.